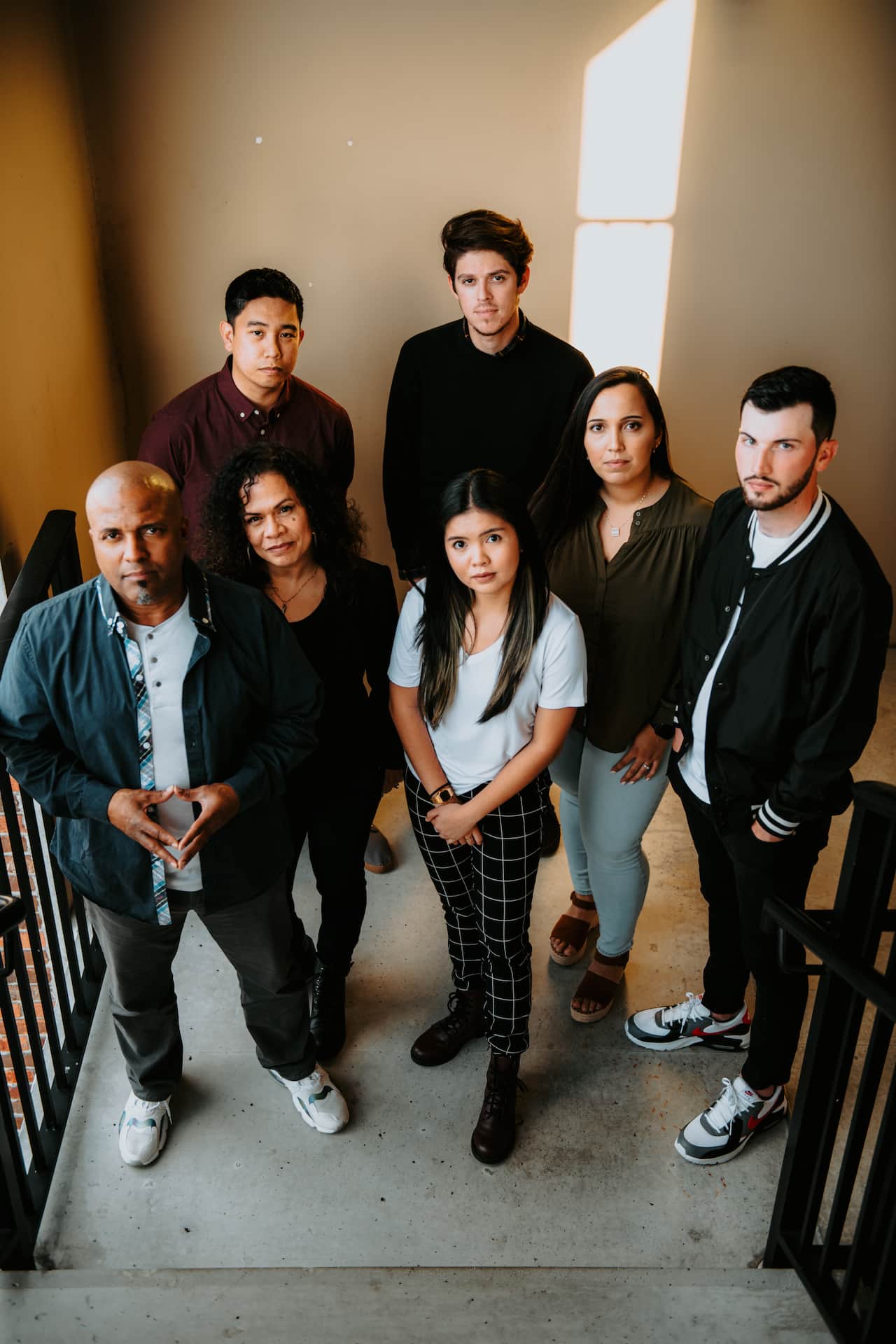 Cross Creative is the worship band at Church at The Cross. Our purpose is to celebrate the Grace of God through music.

With so much brokenness and hurt moving through our nation, it's our mission to focus on the needs of others. Music is a universal language and it’s our way of reaching all people through the goodness of God!
Read more
Listen on iOS
Listen on Android 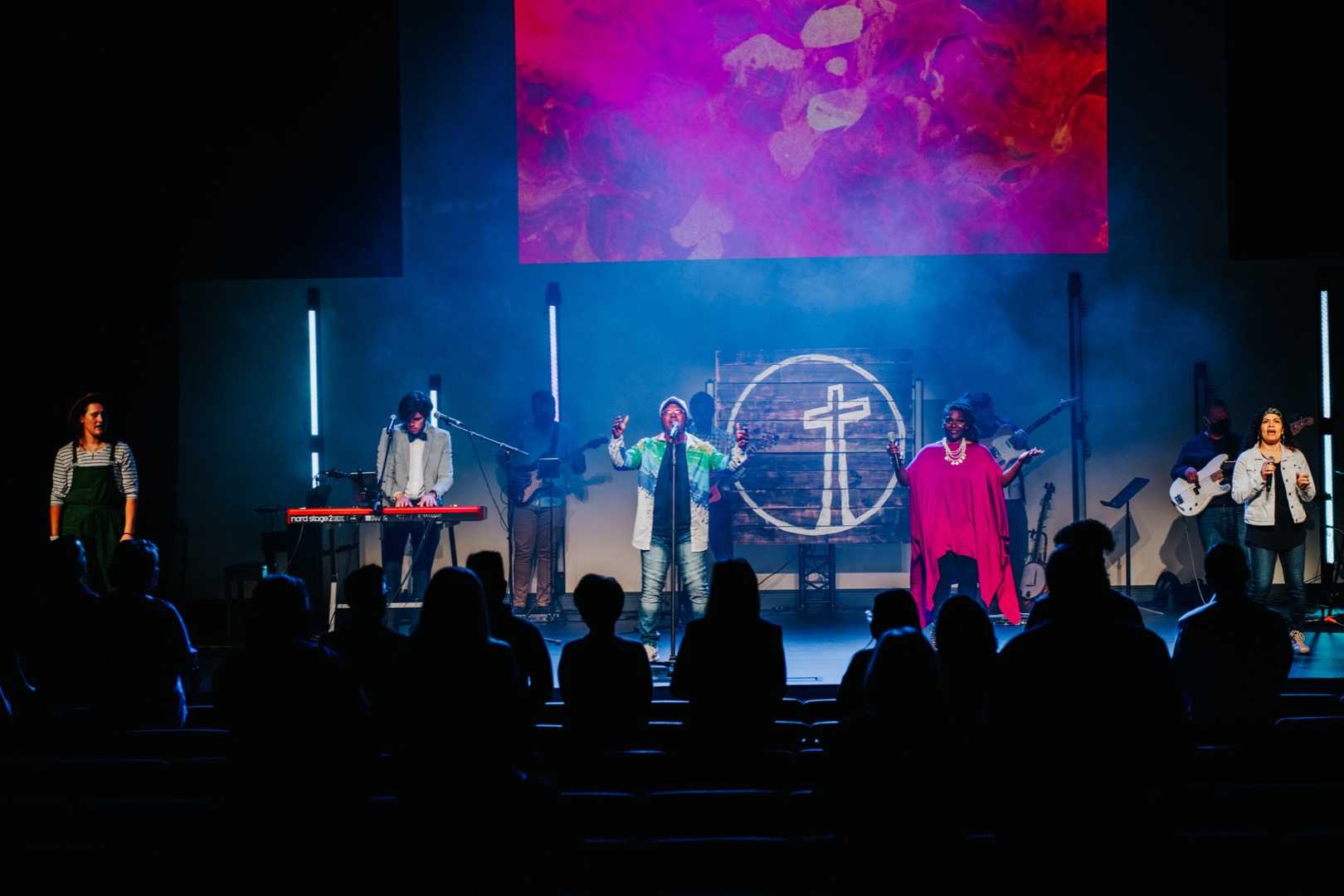 Cultivating a culture of worship

Cross Creative was developed by John K Brown and Joseph Lindamood. In 2020 as the Coronavirus pandemic overcame the United States, we decided to proclaim that Jesus overcomes, so we started to write. Music began and is still flowing within our bones and we will not stop!
Read stories
Listen on iOS
Listen on Android 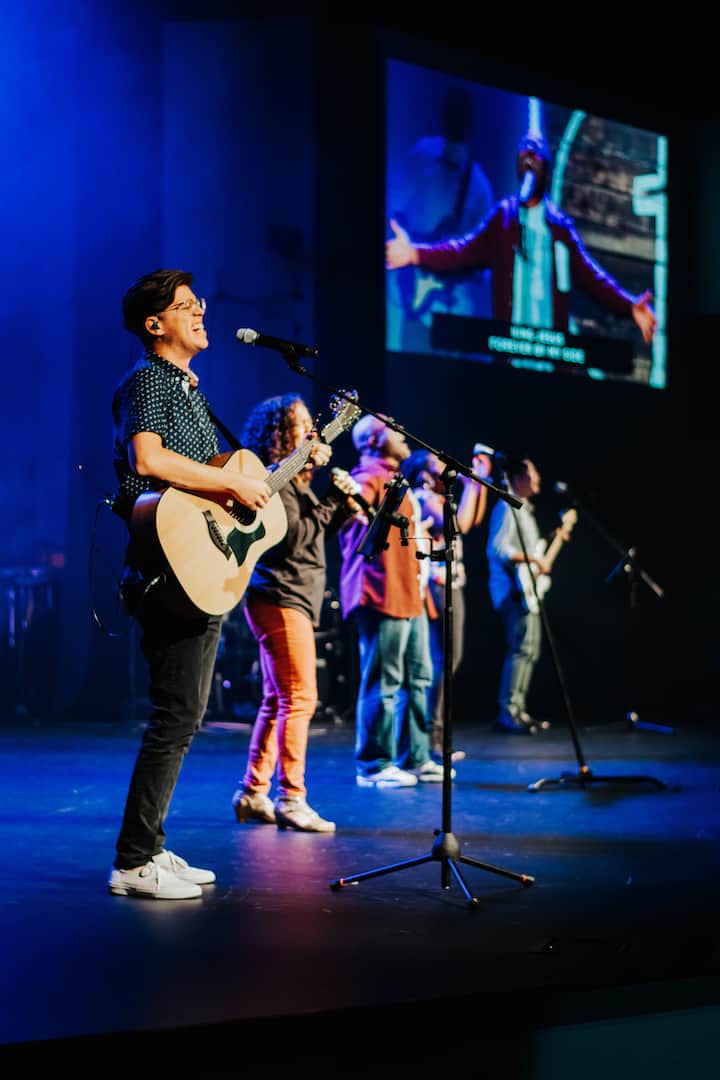 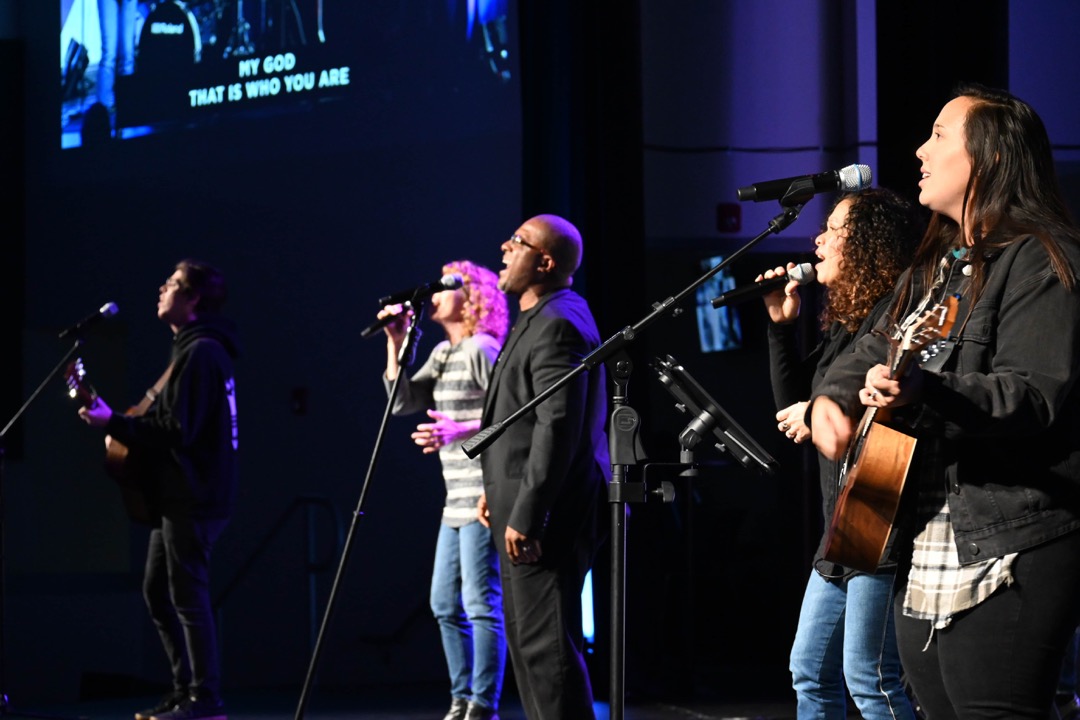 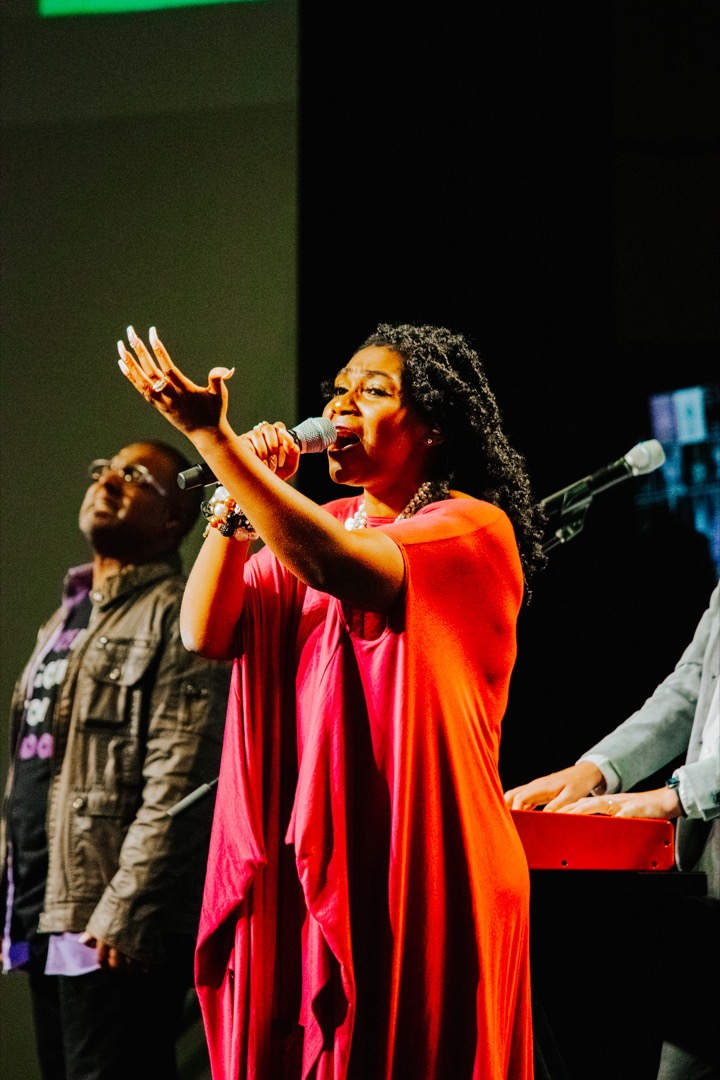 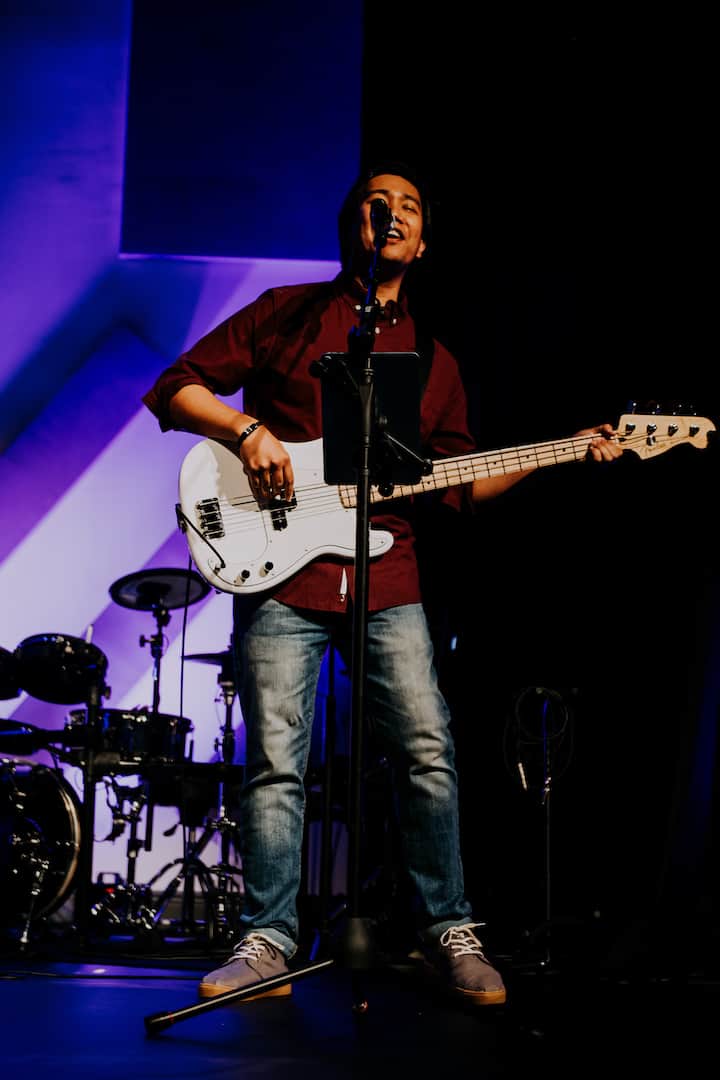 Some of the Cross Creative leaders share their stories 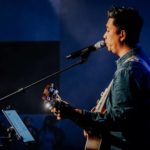 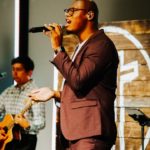 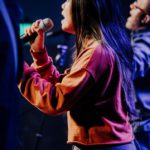 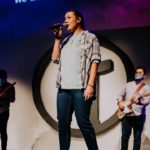 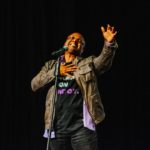 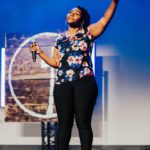 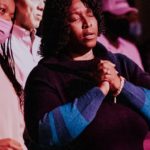 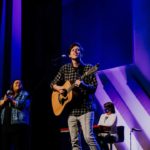 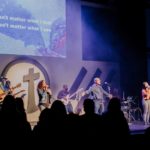 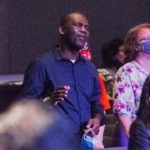 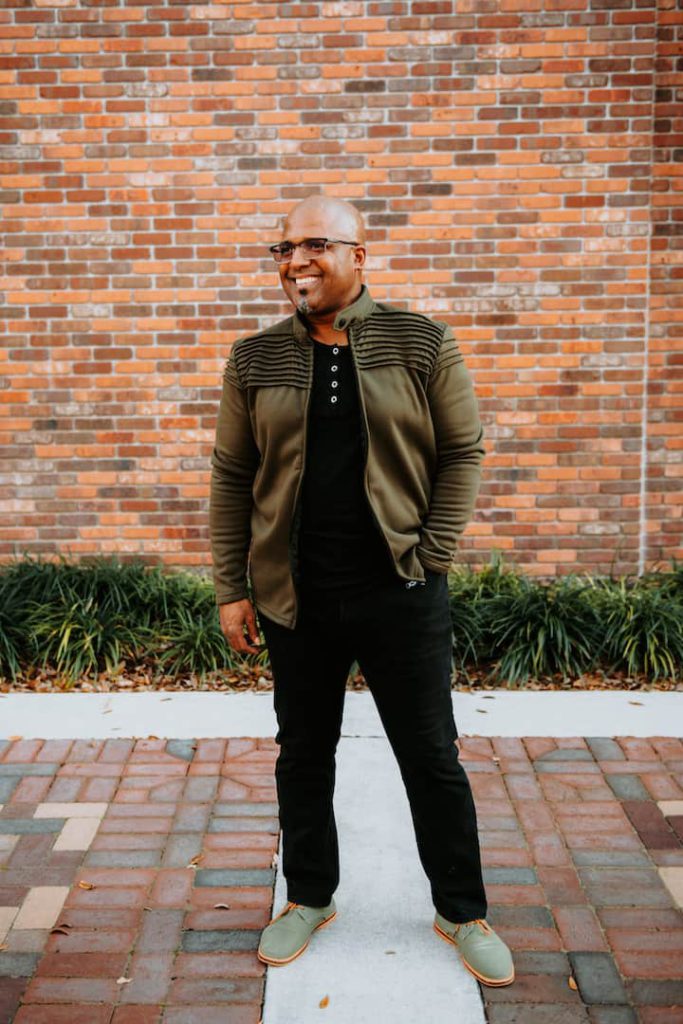 John K Brown grew up in Louisville, Kentucky…yes a southern boy! His childhood was a typical one of a struggling family living day by day to get by on God’s blessings (his mother was then and still is a prayer warrior). Singing has been in his family for generations, from the deacon board (he will never forget how they started church with the men coming down the aisles worshiping) to choir directors throughout the US. According to his mom, he started singing the day he started talking.

He’s performed in Broadway Shows such as Miss Saigon, Lion King, and Pippin, and his credits include 10 years at Walt Disney World as a Leadership Coordinator and Safari Stan for “Enviropals” (currently running on PBS), as well as a former member for almost 10 years of the acclaimed international a cappella group Rockapella (from the hit PBS show “Where in the World is Carmen Sandiego”). He has worked with World Class Artists such as Phil Collins, Tina Turner, Steve Tyler, Denise Haysbert and Julie Andrews. John has been a director and teacher for 5 yrs (a Broadway Bound Musical “Requiem For A Young Man” written and composed by Ronald Owen won a Dove award winner for composition 2007 for film “End of the Spear” and score for feature film “The Last Ounce of Courage”)


Then God said “…now, turn everything towards me.”


All his years in the performing arts have guided him to this point of Worshipping his Savior. It’s always been a part of his life, but now his life has a purpose – and it’s sharing the gospel through music and doing whatever it takes to show you how Christ can be your saving grace. God Changes Things. 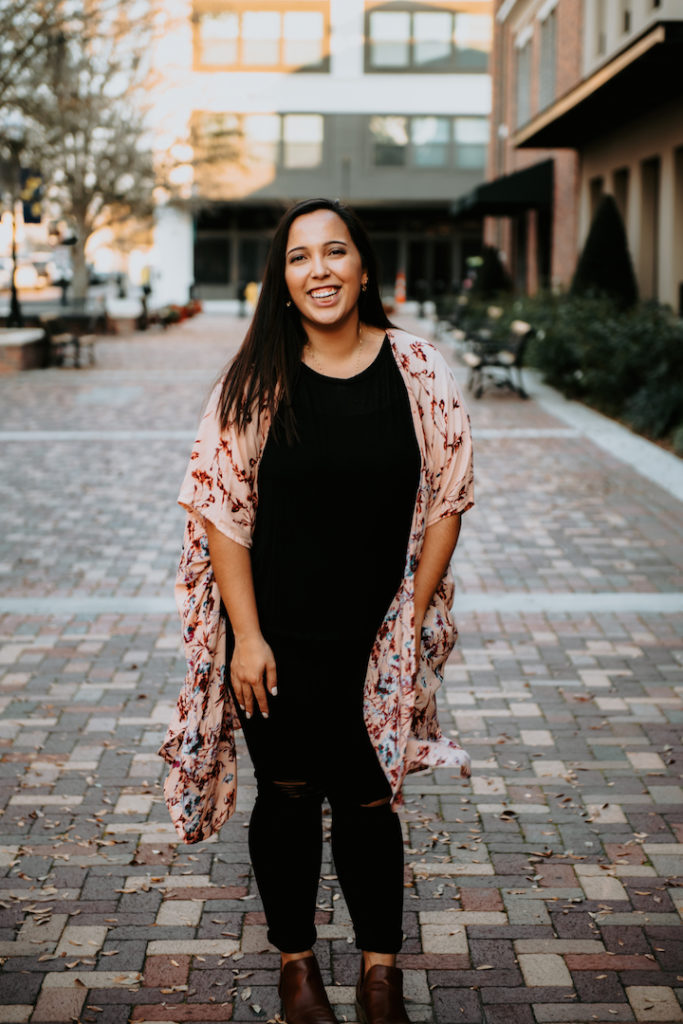 Jessyka Millard was born in Espírito Santo, Brazil. Being a pastor’s kid, at age of two, she moved to the states as her parents served as church planters in the New England area. Growing up in Boston, MA she quickly began to serve alongside her parents in many different ministry capacities. At the age of 15, Jessyka heard the Lord calling her into the ministry. Her senior year in High School she served as the Youth Leader and Worship Leader at Central Florida Baptist Church in Orlando, FL.

After graduating from Doctor Philips High Jessyka went to seminary at Christ for the Nations Institute in Dallas, TX. She graduated from CFNI with her degree in Theology. While in school she served as a worship leader at Amazing Church McKinney, TX. Jessyka is also a graduate of Dallas Baptist University, where she studied church leadership and Christian counseling. During that time she was working as the Youth Director and worship assistant at The Word Church in Grand Prairie, TX.

Jessyka currently serves on staff at Church at the Cross Orlando, where she met the love of her life Aaron Howard. Along with her fiancé, she is also a singer, musician, and songwriter for Cross Creative Worship. She is passionate about loving God, restoring the hope of Jesus, and loving people to life through worship. 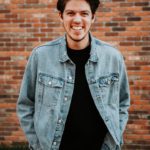 Joe Lindamood is from a very small town in Florida called Astatula. “I’m talking a —we were excited when we got our very first stop light and Dollar Tree— small town,” he laughs. He was raised in a Christian home and he did all the “church things” that were available while growing up (AWANA, VBS, Sunday School, you get the picture). His mom would make sure all her children went to church every Sunday. The music found in church always fascinated him, giving him access to places of his heart that he would often unintentionally neglect. So, he found Jesus at a very early age through old hymns and simple melodies. As he grew older, these melodies would bring Joe through seasons of heartbreak, addiction, and various battles the Enemy would throw at him.

In 2014, the Lord called him into ministry. While music would always be the means of communication, God had been gently telling Joe that his story would reach out to the hearts of broken people. Since surrendering to the call, he has seen his relationship with his earthly father restored (he’s one of Joe’s best friends). He has seen God bless him with a wife who loves every part of his testimony. He has seen lives turn from broken to whole, from darkness to light, and from death to glorious life in Christ Jesus. It’s his prayer that whatever melodies spring from his life would ultimately bring more glory to an already glorious King and bring comfort and healing and joy to anyone who may hear.

Take CATC wherever you go.

Get the church app to stay connected throughout the week.
ios
Google
Also available on Roku and AppleTV.

Watch services or sermons live or from the archive.

Get the latest about events and opportunities on the calendar.

Start serving, join a group, and take part in what God is doing.

Contribute to the mission and vision to give the hope of Jesus to all.
Menu